Matt Smith reported (‘Heritage sites get UN check. Team on way to state’, in Sunday Tasmanian 8 Nov 2015) that Tasmanian government agencies and land conservation associations are ‘gearing up for a visit from UNESCO officials who investigate concerns about logging and mining in World Heritage Areas’.  Apparently UNESCO’s World Heritage Committee has concerns about the current Tasmanian government’s ‘plan to allow logging and mining in the state’s 1.5 million hectares of protected world heritage area. The World Heritage Committee has repeatedly reiterated its position that mineral exploration and exploitation is incompatible with World Heritage status’.  Acting Environment, Parks and Heritage Minister Jeremy Rockliff is reported as saying, ‘We recognise the importance and significance of the TWWHA (Tasmanian Wilderness World Heritage Area) and the importance of managing it in a way that is respectful of its natural and cultural values’. I hope to see UNESCO’s decision is accepted.

Blog reader, Be, alerted me to the third in a BBC program series, ‘Wild West with Ray Mears’. This episode focused on mountains and followed Mears travelling through the Appalachians, the Rockies and the Sierra Nevada to evaluate the landscape and its effect on the early European settlers as they moved west in North America.  Be indicated there was river edge walking and this reminded her of my quest to walk along the Derwent River in Tasmania – so I was eager to watch the documentary. 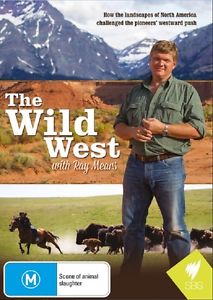 I found that Ray Mears did access various rivers and streams to emphasize parts of his story, but direct connections to my walking project were slight. However, I found his story to be important because it has prompted me to ask new questions about the Derwent River and its most recent European settler history.  Hopefully others have already conducted research and can supply me with some answers – any leads will be welcome.

Ray Mears met with a muleteer who explained why he loved being in the wilderness: ‘I leave no trace as I pass and just move through like a shadow’.  I hope that is how I walk.