On too many nights last week the sky was dense with a rosy fire haze across my suburb.  The smoke slipped through crevices in my house so that, through each evening, I felt like I inhaled a camp fire.  Back then I checked the Tas Fire Alert website and learned the closest fire was in Quarry Road less than half a kilometre away. Today I went off to see what the burn looked like.

I chose to walk through the bushland of Waverley Flora Park first and then descend down Quarry Road. 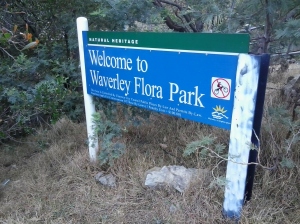 From the top of one of the Park’s walking tracks, I looked through stands of gum trees towards the mouth of the Derwent River. 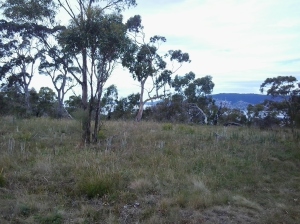 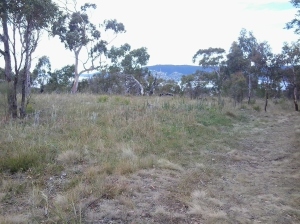 In the other direction Mount Wellington loomed large over the Hobart CBD and the Derwent Harbour. 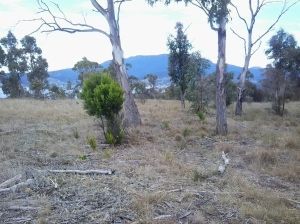 I followed in the footsteps of Charles Darwin, ‘father’ of the theory of evolution, who walked around Hobart in 1836. At some time during that visit he crossed to the eastern shore and wandered around the Bellerive suburb and beyond. 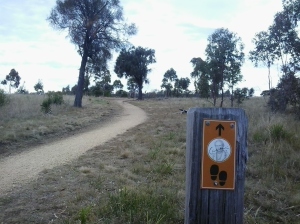 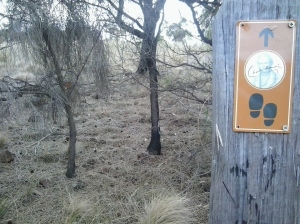 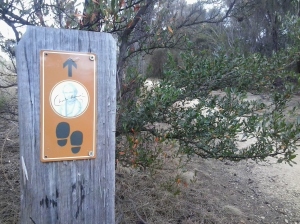 I saw unfamiliar medium-sized birds collecting nesting material and insect food morsels (who flitted away far too fast for me to take a photograph): one was dressed in silvery greys with a long strand floating after its tail, and another with a rich olive green coat. None of my bird books help me to identify either of these birds – any locals with bird knowledge?

A profusion of native spring flowers carpeted parts of the Park, or stood as single colourful spikes amidst the dull dry green grasses. 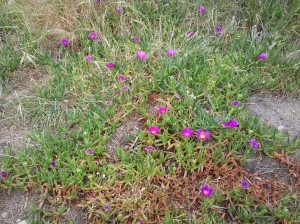 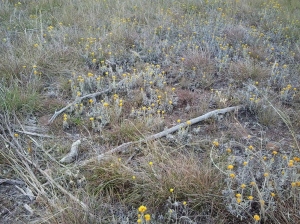 It soon became clear that lots of burned vegetation and scorched earth passages were scattered next to the walking track and beyond. 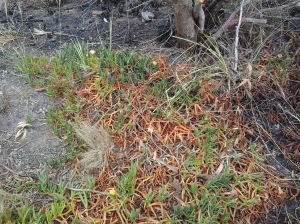 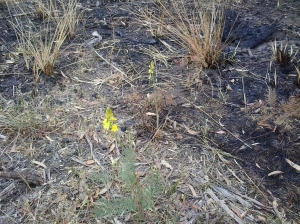 Later when I walked down Quarry Road with not a burn mark in sight, I realised that for bureaucratic purposes the Tas Fire Alert site had to indicate the best road for fire trucks to follow.  It had been parts of the Waverley Flora Park that suffered fire damage.

As I continued downhill, I heard the siren sounds of a fire truck and watched it whip past the intersection below.  When I turned the corner, the truck was parked askew with hefty yellow clad guys preparing their gear.  The screams of other sirens were closing in. I watched wisps of smoke escaping from all manner of slits and slots and dirty brown smoke puffing from the front door of the house below.  I saw an approaching ambulance and guessed this wasn’t someone’s best day.