Stage 8 of my walk from the mouth the source of the Derwent River took me under the Bowen Bridge on the eastern shore, and during Stage 10 I walked past the Bridge at Dowsing Point on the western shore after deciding to walk to the mouth on both sides of the river. However, when on the western shore I could not easily see a way to stick by the river edge at Dowsing Point, and since that day promised to be a long one I took the easy option and followed the streets which cut across the Point. I always felt that I hadn’t been quite honest in taking this approach and that I needed to return and be serious about walking the Derwent edge to the extent it was possible.

So return I did, and this series of postings records that visit.

As usual within the Greater Hobart Area, I took a Metro bus which dropped me off one morning within the Technopark precinct at Dowsing Point on the Hobart side of the Bowen Bridge. Technopark is a state government initiative started over 15 years ago with the aim of providing support and encouragement for small businesses and creative individuals with technological related ideas that could be developed into significant money earners for Tasmania’s productive growth. It’s brief has expanded since its inception.

By leaving the bus at the turning circle within Technopark I hoped there might be ways to walk to the river edge and then continue around Dowsing Point.  Until I looked around that day, I had not realised this precinct is seriously fenced, including the installation of electric fencing, and there is no exit except through the main fortified entrance gates.  In the photo below you can see three layers of fencing, with barbed wire strung up at the top of the closer two fence lines- and the Bowen Bridge across the Derwent River in the distance. 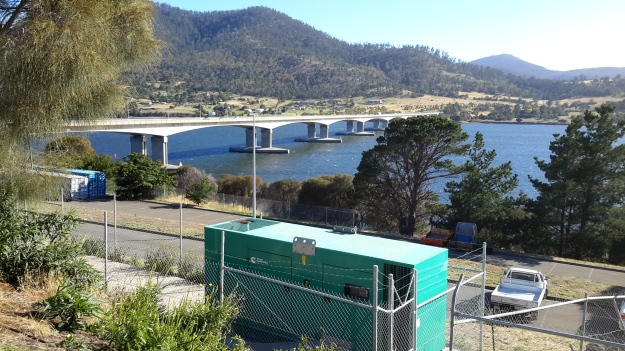 I walked to corners and along the fence lines without finding a gap, a gate or any chance of passing through.  I could see the Derwent River and the Bowen Bridge with Mt Direction overlooking both – but I could not reach them from the Technopark site. 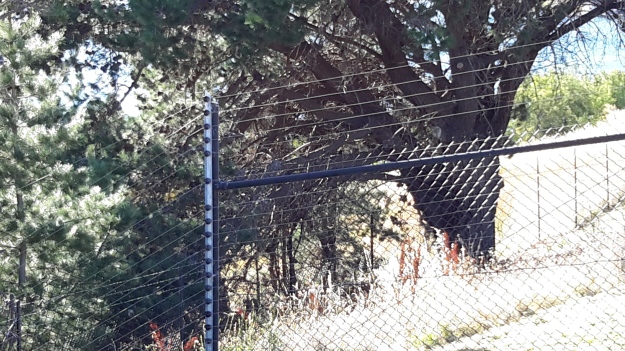 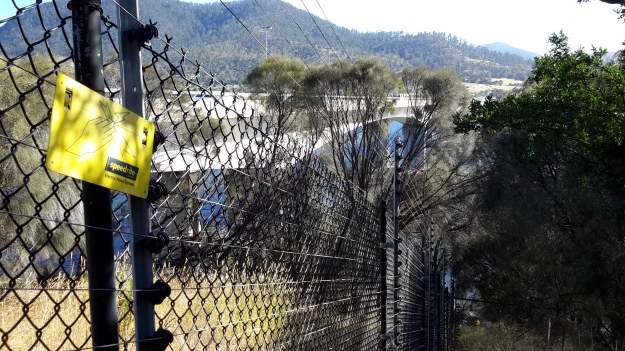 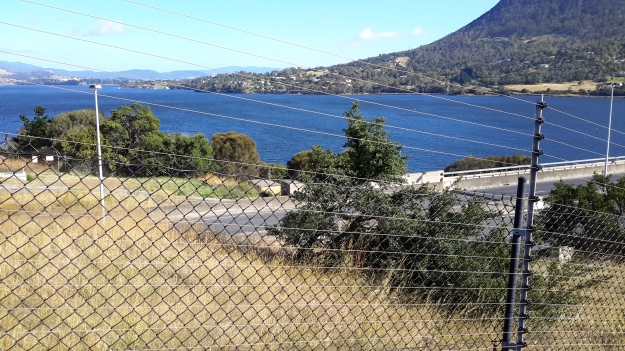 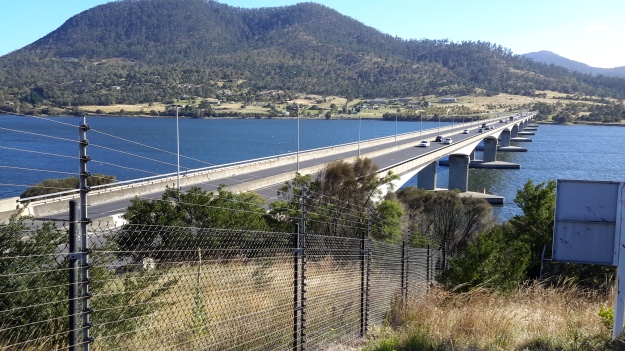 So I had no choice except to leave the Technopark and try other options to reach the River.  The day displayed a stunning blue sky overhead and a moderate breeze which rattled the long grasses.  Mount Wellington was ever present as I walked away from the river. 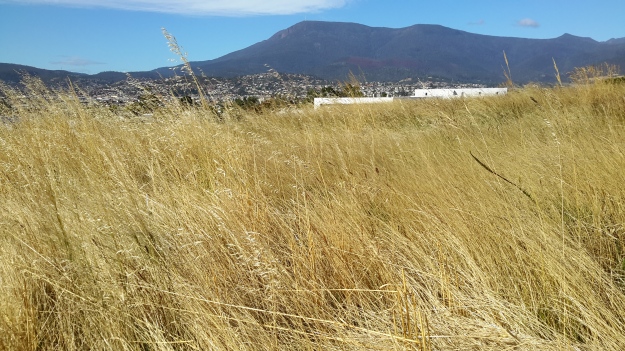 Before long I passed through the gates and headed away from Technopark with the aim to walk to the Bowen Bridge. 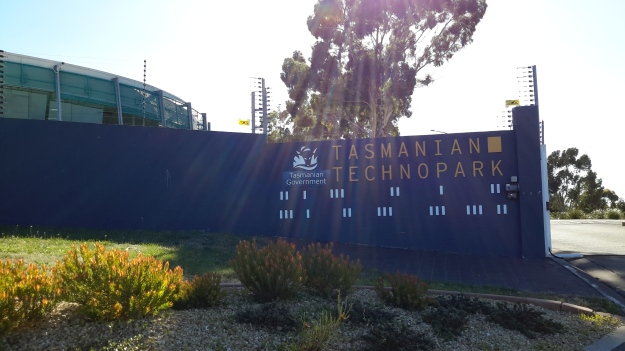