The Florentine River flows into the Derwent River.

Westwards from the Wayatinah Power Station, Andrew and I covered some kilometres of bush, clambering over fallen trees and through a mesh of understorey vegetation.  The marks of mankind were clear despite the absence of tracks; various weeds were flourishing.

And through the bush in two different locations a well secured lidded white box sat alone with a surname and phone number written on top.  These were not bee hives and we could not determine their function.

Once we had walked further westwards past the meeting of the Florentine River with the Derwent River, the Derwent presented with a low water level and stony river base. 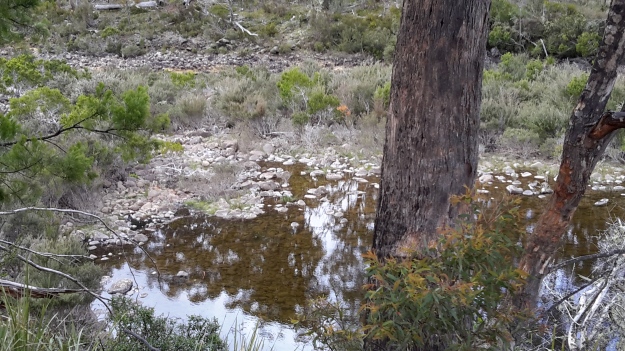 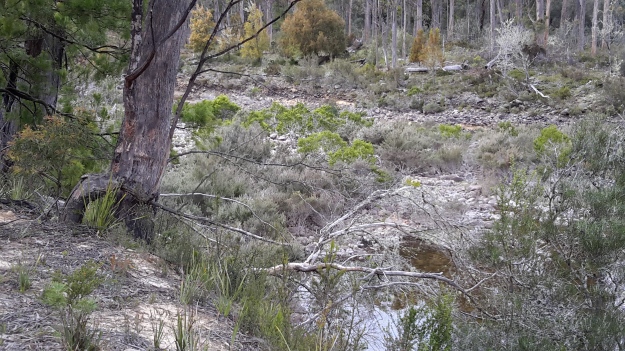 However there were sections containing more water.

Along the way we discovered the remains of an old shed and an ancient water level monitoring system, through which a bush fire had passed.

Bits of iron and steel were scattered through the cleared surrounds. 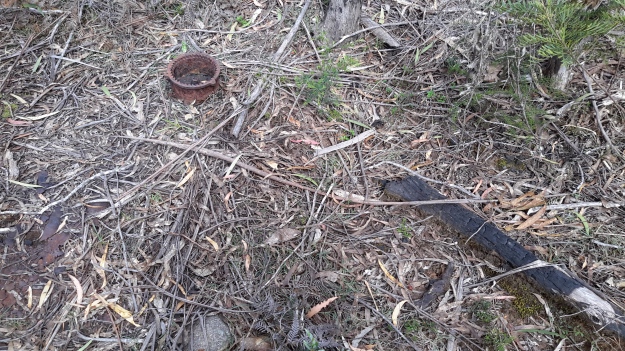 I loved the way the corrugated iron had been ‘stitched’ with wire to create the building. Very enterprising.

Amidst this debris a lone native orchid bloomed.

Down next to the river bed, a water level height gauge was marked in imperial measurements, therefore indicating a date before the mid-1960s. 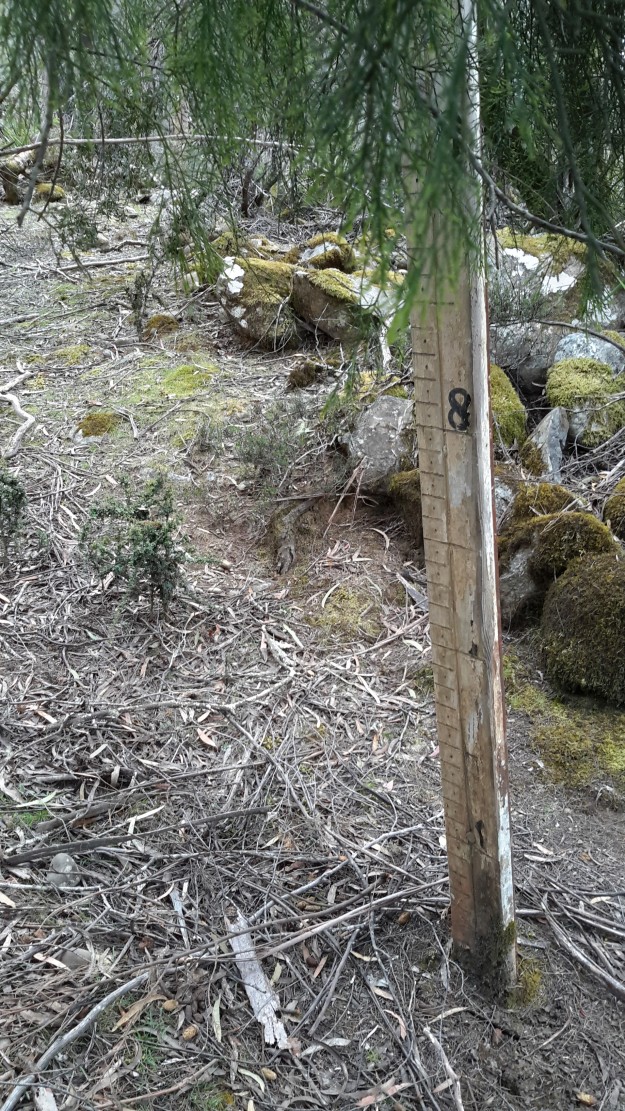 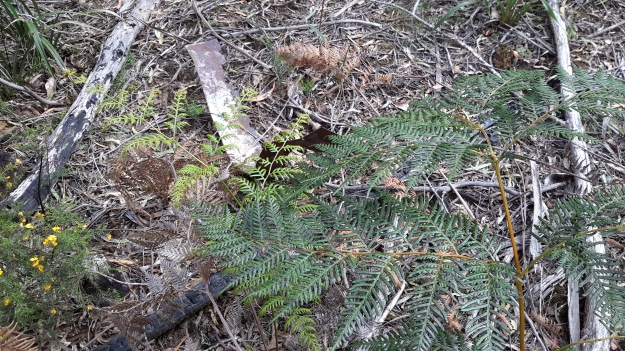 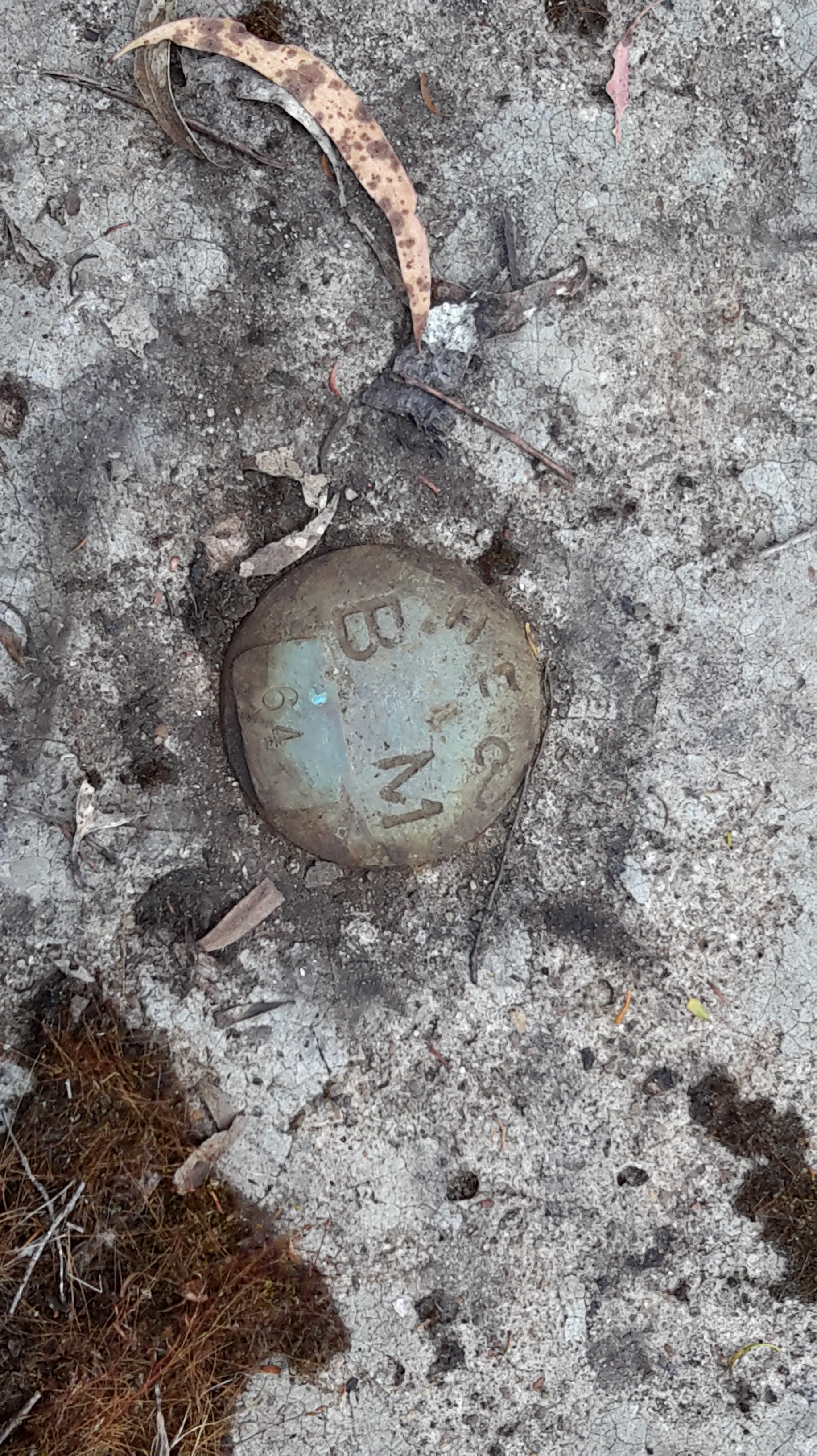 We wondered what sort of electronic or satellite related devices and measurement tools were used these days.

I found this trackless walk to be very hard going (at the pace Andrew set) because negotiating the bush took thought and time.  I reflected on the challenges this section would pose if I had been carrying a full backpack.

Michelle’s aerial view gives an idea of the dense bush on the top side of the River where we walked. 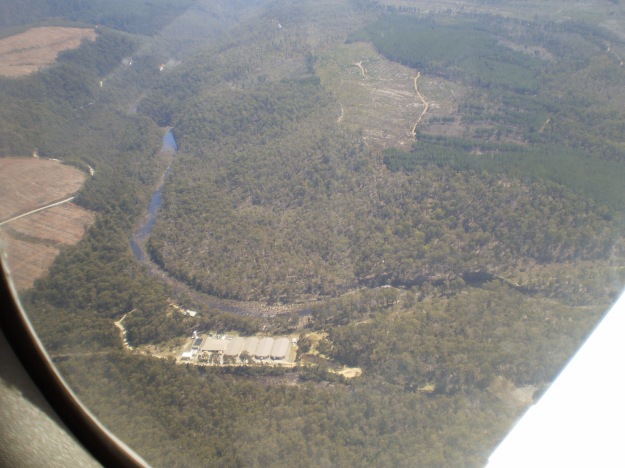