I was privileged to watch not one but three endangered Tasmanian Wedge Tailed Eagles during one walk along the Derwent River. The third eagle was being chased by a black Crow and I was fortunate to be able to photograph it.  A Crow is not a small bird but, in comparison to the expansive eagle, it appears tiny. 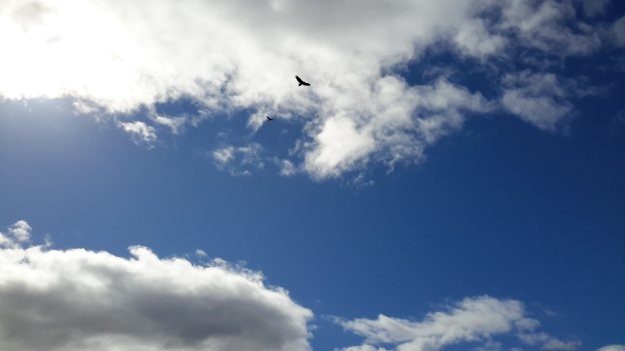 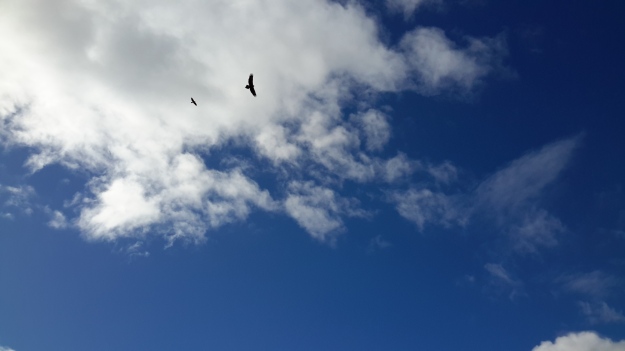 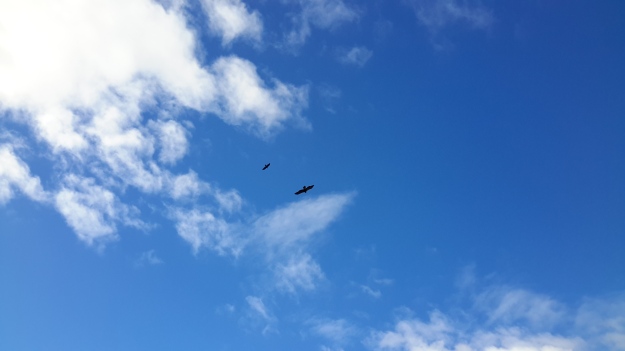 “Ever since Europeans settled in Australia, wedge-tailed eagles have been accused of attacking and killing almost anything from horses to honey-eaters. In some States bounties were paid for their destruction and a total of about 20 000 were slaughtered per year in the mid 1960’s.
Today, despite legal protection and changing attitudes, the wedge-tailed eagle remains vulnerable to extinction. Some landowners believe that wedge-tailed eagles pose a threat to lambs and kids. However, studies have shown these fears to be unwarranted. In 1970, for example, the CSIRO published an analysis of the cause of death of over 12 000 lambs in several States. Although up to 34% of dead lambs had been at least partly eaten, only 2% of lambs born had been actually killed by predators such as eagles. More importantly, only 2.7% of dead lambs would have survived if a predator had not attacked. Exposure to bad weather and miss-mothering were the most important causes of death.
Studies in Tasmania show that in sheep grazing areas, rabbits, hares, brushtail possums and wallabies are the most important prey, although a great variety of animals are eaten dead or alive, from cormorants and echidnas to snakes. With rare exceptions, eagles simply do not create an economic problem.”

It is rare to see these eagles.  The last time I saw one was years ago when I had walked to the bottom of the ‘organ pipes’ on Mount Wellington and sat in the sun on a smooth rock looking down on the city of Hobart with the ribbon of the Derwent River splitting it apart.  My peripheral vision recognised movement.  Just then, an eagle used an updraft and soared in front of me, then over the edge of the mountain out of sight.  Another never to be forgotten experience.

Tasmania’s Parks and Wildlife Service provides information about an Aboriginal Cultural walk, the Needwonnee Walk, in the very remote southwest of Tasmania.  In addition, information is provided about a cultural walk at Lake St Clair – here. The Tiagarra Walk in Devonport on the north-west coast of Tasmania, is introduced on this website. Last weekend I visited Devonport and went to walk in this Mersey Bluff area before learning that the site was closed.  Alas. 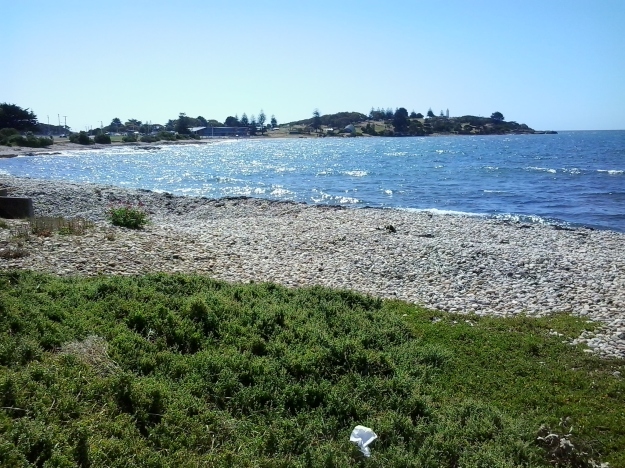 However, I was born and grew up west of Devonport where I could look out at Bass Strait during those early years of my life.  Standing and listening to Bass Strait with the onshore breeze blowing into my face brought back many memories.  This felt right. This was my place. I knew my place. 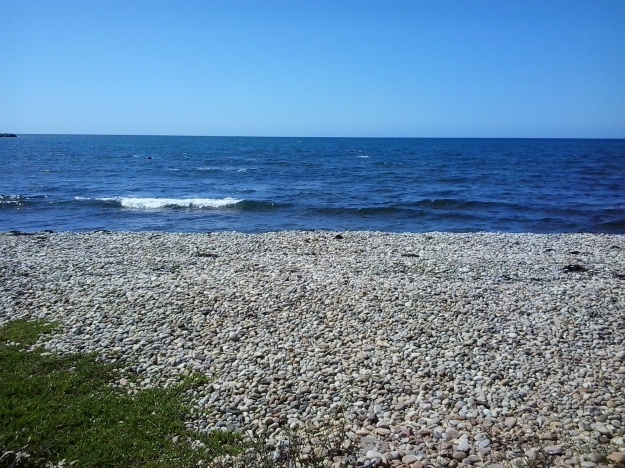 Watch this video to hear the sound of the Bass Strait waves lapping the stony shore near Mersey Bluff.

Journalist David Beniuk reported (Sunday Tasmanian 1 November 2015) that a survey of Australian holiday makers found ‘more than a third of domestic tourists would consider an Aboriginal cultural walk on their next trip to Tasmania.’ He went on to say ‘The results have buoyed the proponents of a four-day trek through the traditional homeland of Tasmania’s Aborigines from wukalina (Mt William National Park) to larapuna (Eddystone Point) in the North East.’

The Aboriginal Land Council of Tasmania is seeking funds to build huts based on Aboriginal building practices, and to set up the walk as a commercial operation.  The walk would include traditional stories, bush tucker and premium Tasmanian produce.  I like the concept of a four day walk because it provides sufficient time for walkers to forget their city or other lives and immerse themselves in the sights, smells, sounds and tastes of the land.