On the day when I walked from Blackman’s Bay to Point Pearson near Tinderbox, then retraced my steps to catch a return bus from Blackman’s Bay, I omitted to walk via Fossil Cove. The pathway to this secluded rock strewn cove required a detour of over 2 kilometres. Since my day’s walk to the mouth of the Derwent River on the western shore and return was expected to be over 20 kms, I resolved at the time to return on another occasion to walk this section.

I was delighted when I finally ‘discovered’ what locals and others have known for a long while.

A couple of kilometres along Tinderbox Road after leaving suburban Blackmans Bay, Fossil Cove Drive is clearly marked.  Around a kilometre down that road, a sign indicates the way to the beach.

A further sign declares this area to be a public reserve and a site of national geological significance.

The steep descent to the Cove was controlled by steps and dirt pathways. 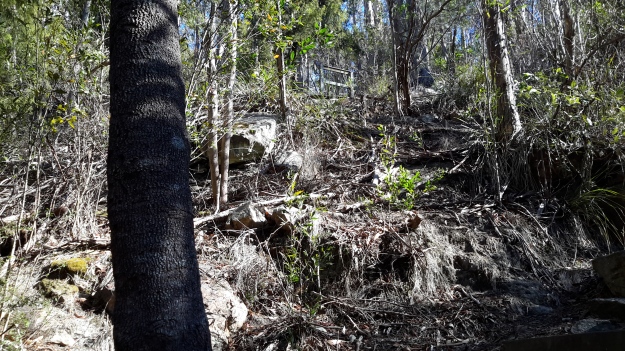 I was dazzled by views across to Opossum Bay and Gellibrand Point on the eastern shore of the Derwent River.

Finally I arrived at sea/river level. 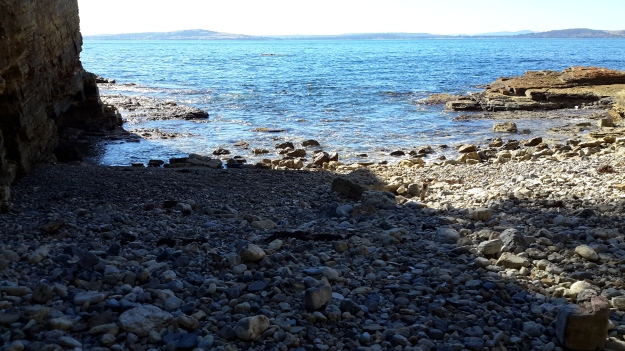