Thanks to Ieky I was driven to Lake Repulse Dam.  I rounded a fence line and left her enjoying the early morning before the temperature rose. 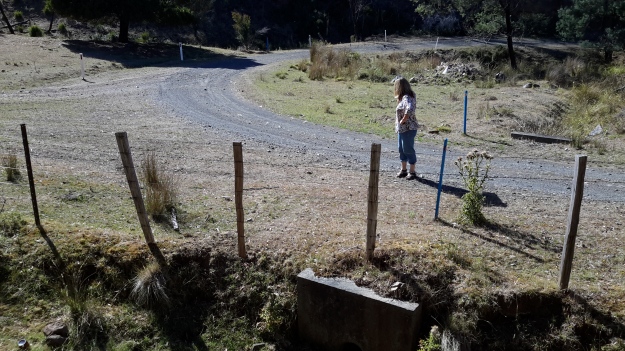 Gradually I walked up my first hill for the day. 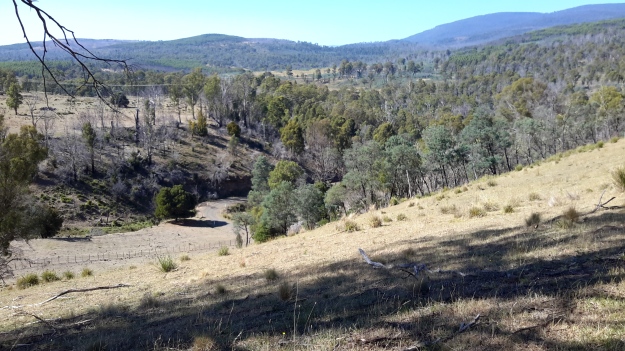 From the bottom of the hill, the top seemed easily achievable. Unfortunately, that view gave false hope. As I reached the first crest another rose above, and this continued to be the way the land was shaped.  Up and up I walked on the cleared land behind the steep forested section that rose from Lake Repulse.  Looking back, Lake Repulse Dam was hidden in the trees. 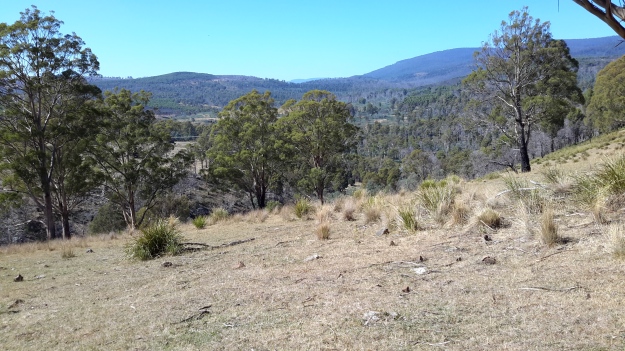 The distant forward views offered the prospect of more uphills but not before I could see I would need to put in some ‘down time’. 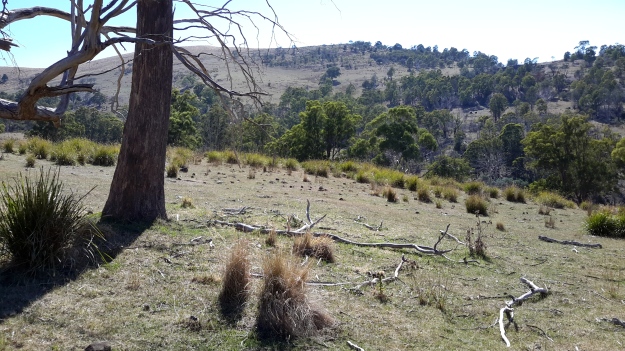 By mid-morning the day was stunningly beautiful. 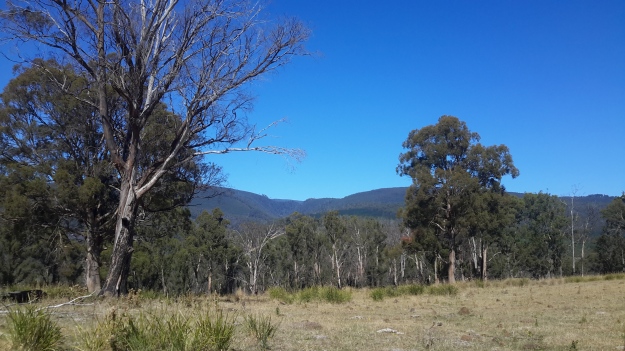 I began to realise any access to Lake Repulse was a dream.  The steepness of the hills and the dense forest coverage were significant impediments.  I could see the Lake but I couldn’t reach it.

Sometimes I would walk down the hills towards Lake Repulse, and shudder when I looked back.  I knew that later I would be required to climb up to the height of that which I had dropped down from.  But I kept on trying to reach the water.  Down I would go.  Be stymied. Then up I would go either over cleared land or through forests. 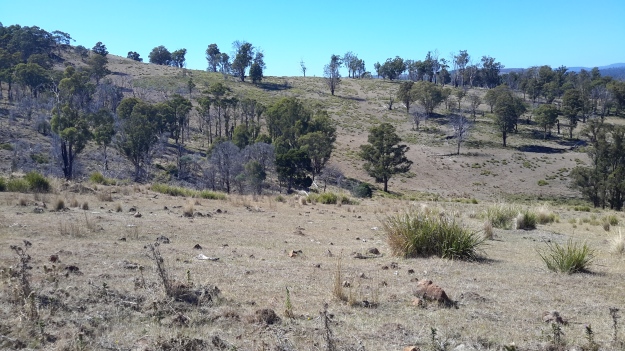 And the day grew hotter.  It was heavy going. Nevertheless, I recognised the big wide sky, the solitude, the hard sounds of crows, and the shape of the landscape were all immensely beautiful and beguiling. I felt awe at the size of the country, and marvelled at its colours and textures.  Who wouldn’t feel profound happiness to be alive in such a wonderful arena! What a privilege I have been given.