Twenty minutes later after leaving the boat ramp, I spotted what seemed to be the ruins of a 19th century building and more recent structures. 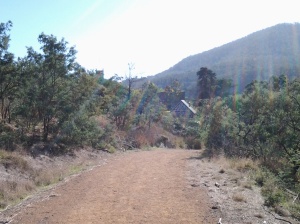 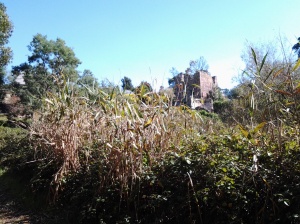 These are located at the end of Tynwald Street, a road which comes off the Lyell Highway. I suspect one of these buildings is the remains of an 1820 granary that formed part of the estate of Tynwald House (http://www.tynwaldtasmania.com/history/).  I continued downhill along the track until I was at river level again.  A little further along,when I looked up through the trees, I could see the stately and elaborate Tynwald House, built in the 1830s and now operating as an accommodation and restaurant facility.  Trip Advisor contains more information http://www.tripadvisor.com.au/Hotel_Review-g504312-d1045373-Reviews-Tynwald_Willow_Bend_Estate-New_Norfolk_Tasmania.html 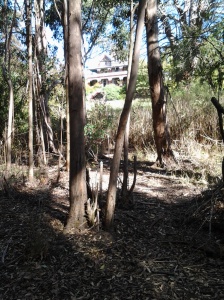 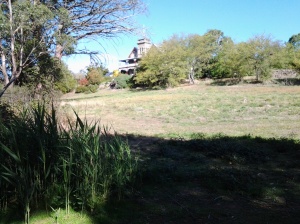 Further along I could see the remains of Tynwald estate’s Oast House (a building designed for kilning  or drying hops as part of the beer brewing process), now a Museum. 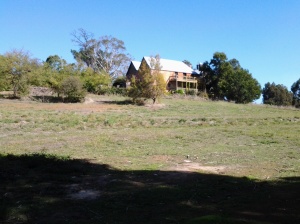 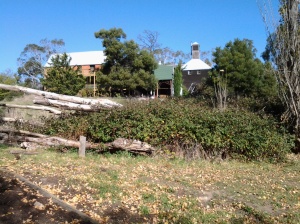 The landscape was stunningly beautiful along this walk.