After crossing the first creek,  a steady climb brought Andrew to the first of the huge transmission towers.  To the west, the dramatic dolerite outcrop known as Wylds Craig with a cloud capping its head, stood on the horizon.  Way below, sections of the slender, curved Lake Catagunya were apparent. 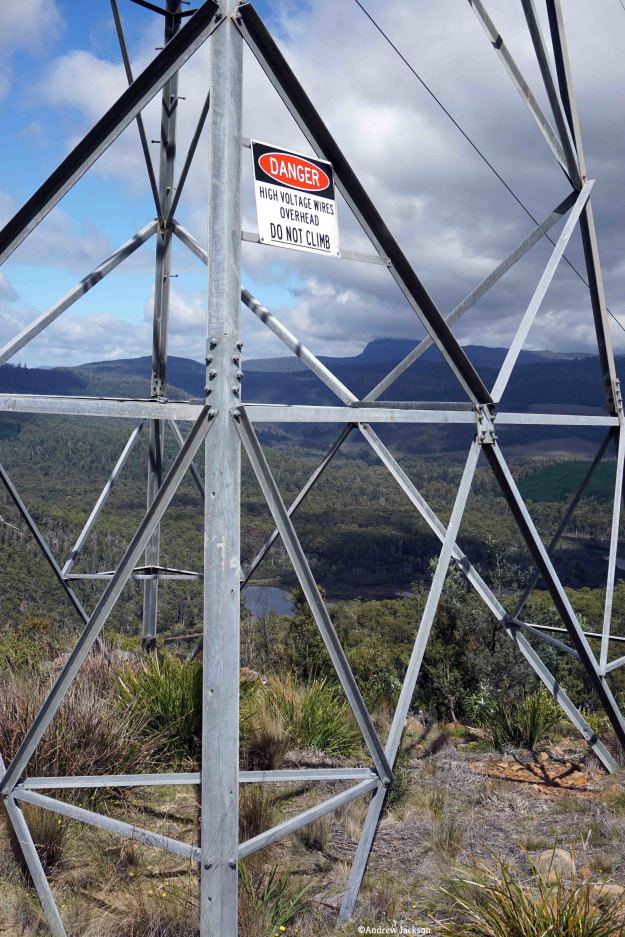 Between this point and the next pylon interposed a very deep gully which, on the other side, rose steeply through thick scrub. Towards the top on the other side, parts looked very intimidating and gave the impression it might have required a steep and scrubby scramble. As an alternative, a vehicle track was found here – presumably the access route for transmission tower maintenance and for the occasional vegetation slashing. This looked like an easier route than the scrub-choked gully so Andrew followed the track away from the transmission line – it went for a considerable distance ‘inland’, rising continuously and passing through another locked gate, until it hit a high point in forestry plantations before dropping back to the transmission line easement. It was not clear if taking the long distance of the road was easier than the shorter but steeper climb up the gully – either way, Andrew elected to stick to the transmission line for the rest of the walk.

A discernible hum could be heard while walking beneath the power lines; was it wind in the wires, vibration or something electrical? 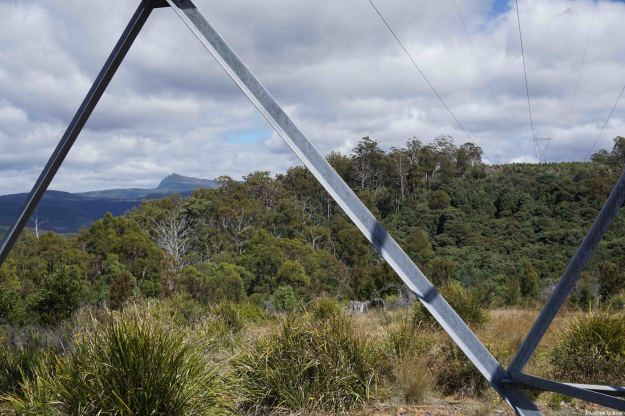 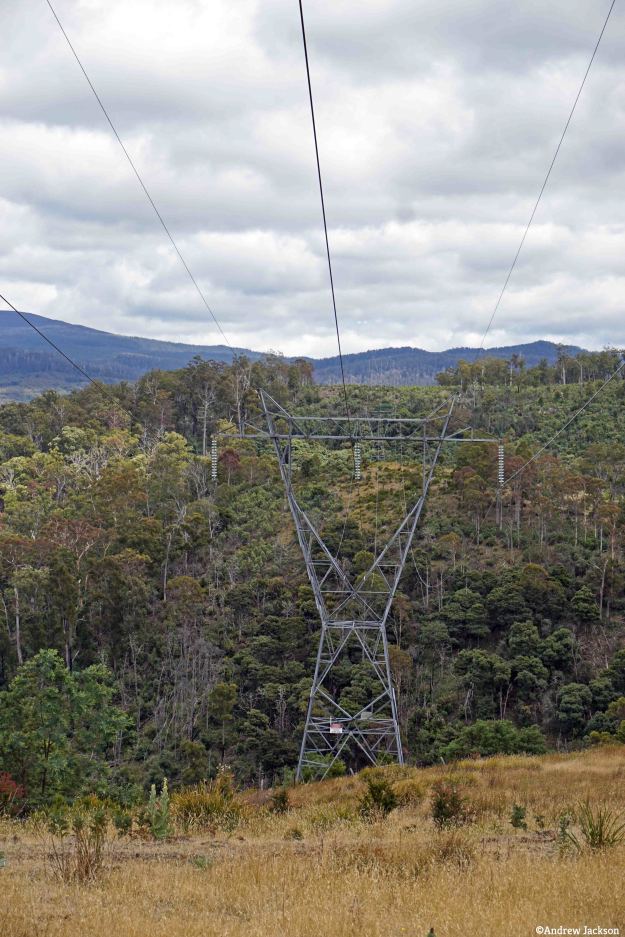 The next gully was equally scrubby, but the thickest part could be passed a short distance to one side, on the edge of the forestry plantation in which recently planted seedlings grew. The subsequent deep gully was passed easily by contouring a little to the north in lovely open forest with occasional views to Lake Catagunya lying far below steep and forested slopes. 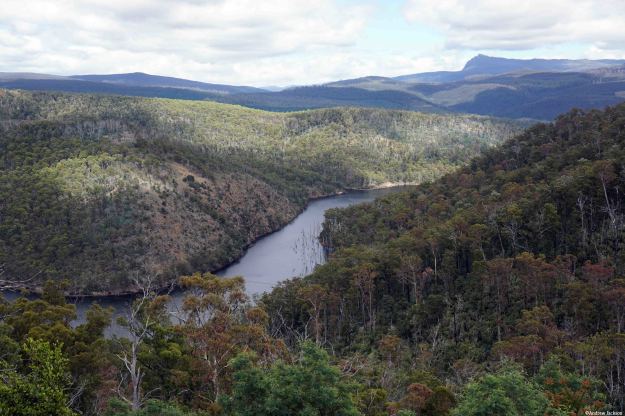