The Canal, with and without the Derwent River water flowing through it, has featured in my recent posts. Perhaps you have been wondering about the location of the original river bed.  As I walked I felt it close by and sometimes I could see it. After considerable thought I did not attempt to reach its edge during this walk. It was wild country down there. The distance between the Canal and the stony river bed was usually no more than 150 metres, but the hillside dropped away drastically losing 250 feet as it dropped down steeply.  Judging by cliffs that I saw on the other side of the river bed, I imagined that access to the river bed on my side would not always have been possible. I could see no value in forcing my way through the thick vegetation to try and reach the river bed and then forcing my walk back up the steep incline to the Canal, with the idea of repeating the process at intervals.  I simply could not see the value in such an activity. Besides, the bush density was such that a machete would probably have been the only way to make a path, and this wasn’t a tool I carried with me.

When I saw the river bed, it was a stony snake winding between forested hills. It seems so much further away in the photographs than it was in reality. 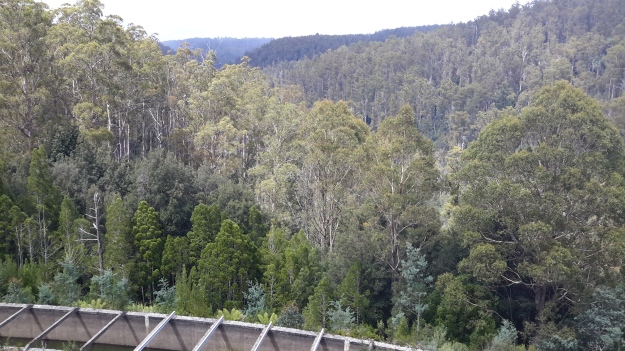 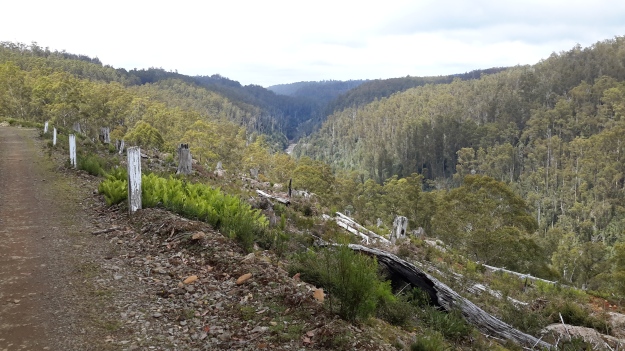 At one point, when I stared down a scree-like slope I considered making the steep trek to the river edge. 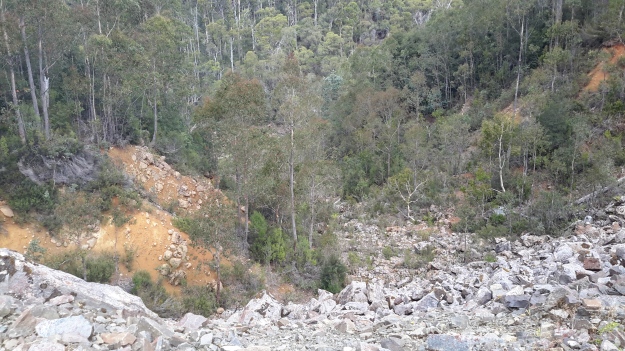 But the nature of the terrain screamed the potential of a ‘rolled ankle’ and so I continued walking along the Canal close by.