I and the floating threads of spider web strands were the only occupants of the sometimes wider and sometimes narrower track from the Pumphouse Point locked gate onwards to the Derwent Basin.  The twists and turns of the tiny track made sure I had new vegetation and bush character to look at, on every moment of the walk.

Native animals had passed along the path leaving evidence of their progress.  For example, the dragging of a small kangaroo tail is shown below.

Between this track and the clear water of St Clair Lagoon, reedy wetlands extended large distances, so much so, that seeing the water was impossible.

After winding within the bush, finally the track entered the back of the Pumphouse Point Hotel complex’s visitor carpark, with the reception building and one of the facility blocks nearby. 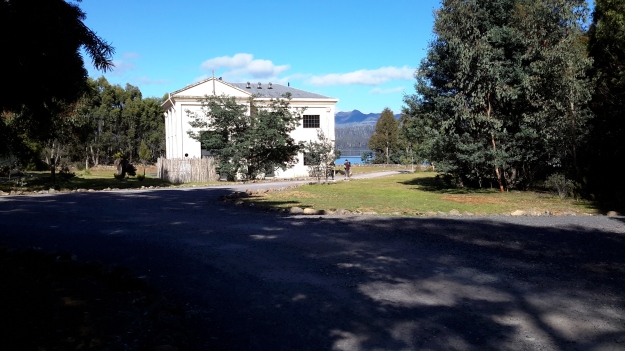 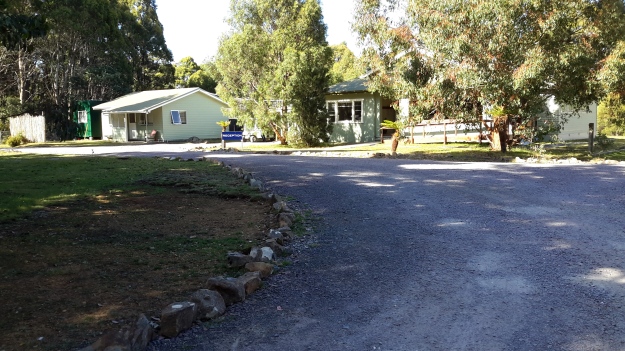 Enjoy the crystal sharp birdsong in the bush on this short video.

Later I found a sign and followed the elevated blue metal track from which I could scan glimpses of the large expanse of Derwent Basin. 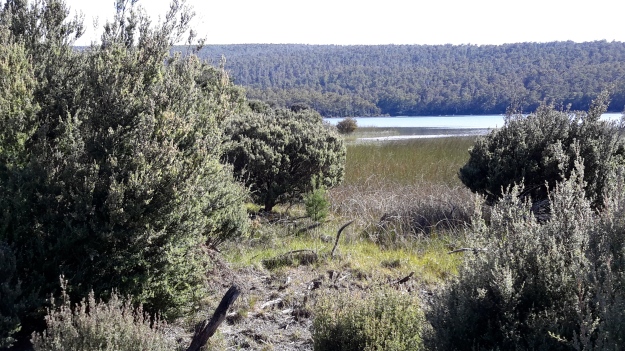 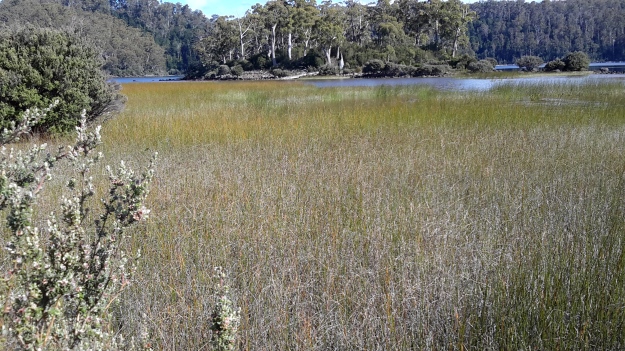 On the southern side of the track, St Clair Lagoon filled the space. In the photos below you can see the bump on the horizon; that is Mount Charles to the north east of Lake King William which I had walked beside and around the day before I reached this idyllic spot. 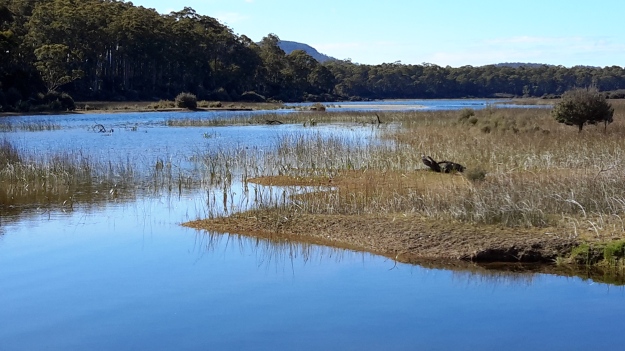 When I reached the tiny weir controlling the flow of water from the Derwent Basin into St Clair Lagoon, the sharp mid-morning sun sparkled intensely on the water. I was almost blinded by the light.