Around the edge of Australia, and across inland towns and communities, celebrations are taking place today remembering the start of European settlement in Australia – not that it is expressed as such, rather as a day to celebrate being Australian (Orstrayan – as our accent seems to be saying these days). The day, quite reasonably, antagonises the descendants of the original land owners, our Australian indigenous community, because the day seems to be about being from other countries and not inclusive of the people who were already living here at the end of the 18th century.  Today celebrates the first ‘white’ settlement but not the start of invasion of the lands of those aboriginal peoples who had lived on this land for thousands of years. So it is a day of division across Australia. However, since people with an aboriginal heritage are in the minority in Australia’s population, non-aboriginals go ahead with their barbecues and other family and social events treating today as a public holiday which is their right.  More cross culture chat is needed.

So with that opinion as background, instead of walking to the Bellerive Boardwalk for the annual community Australia Day breakfast and ceremony for new Australian citizens, I decided to try out the Kingston (Kingborough) Australia Day celebrations which were centred on Kingston Beach.

Thousands of people across streets closed to traffic and the endless beach, playing beach volleyball, creating extraordinary structures in sand, and all sorts of other family and activities made the area a hive of activity.  The day’s temperature was comfortably mild for summer, the water so clear, all manner of water craft glided along, swimmers braved the cold water, and happy dogs led their owners on their leashes.  It was an extremely comfortable place to be.

I didn’t take any photographs (more is the pity because Kingston Beach was such a colourful location today) –  you may have read my blog in the area on an overcast non-people day at https://walkingthederwent.com/?s=kingston

The photos I took at that time included: 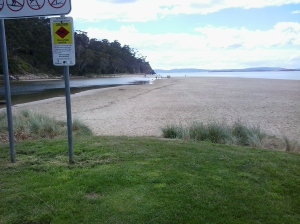 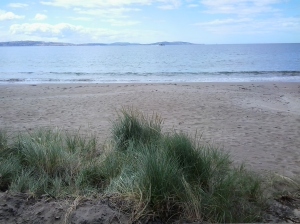 Please try and create an image in your mind of sunshine and colour, and of lots of happy relaxed people of all ages and sizes and backgrounds playing and walking on this beach today.

Whatever out ethnic background, Tasmania’s natural sites are incredibly beautiful – and all the better for being so easily accessible.

Today our national Prime Minister released the names of people who have won prestigious Australia Day Awards in recognition of valuable contributions to Australia’s wellbeing and growth and substantial achievement in one or more specific areas.  Today, many Australians are aghast at our Prime Minister’s approval of the English Prince Phillip as a Knight of Australia. Many of us are perplexed and cannot name his contribution to Australia and achievement for Australians, other than in the most general and cursory terms. We have many amazing people in this country, so this announcement of a foreigner getting a special national honour has stopped many in their tracks.

Another opinion can be read at http://www.smh.com.au/federal-politics/political-news/prince-philip-awarded-knight-of-the-order-of-australia-by-prime-minister-tony-abbott-20150125-12xzk8.html – ‘some people worried that this was an Australia Day hoax’.

2 thoughts on “A deviation from the record of my walk along the Derwent Stage 11 – today was Australia Day!”