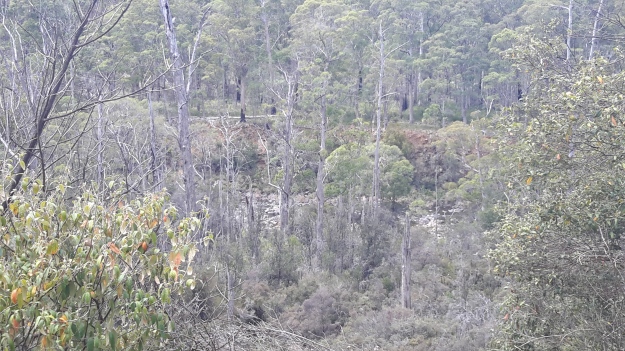 As I walked closer to Wayatinah, two ‘runways’ for the water became clear.

One extended from the Wayatinah Lagoon Dam wall and this was dry. I was glad that last year I had walked around the Lagoon Dam wall and understood how the wide spill-over channel was configured, otherwise seeing the massive dry rocky bed below would not have made sense.

Then, at a point, I could see the Wayatinah Lagoon in the middle distance. 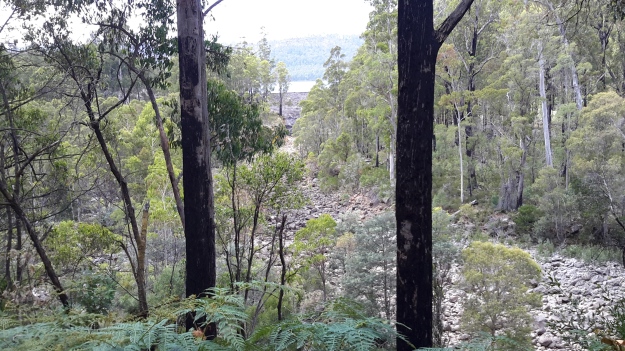 The other ‘runway’ came from I knew not where and this was the strand which had water flowing along it. To the left of the dry rocky bed the River ran – and I can see it in the photos below. 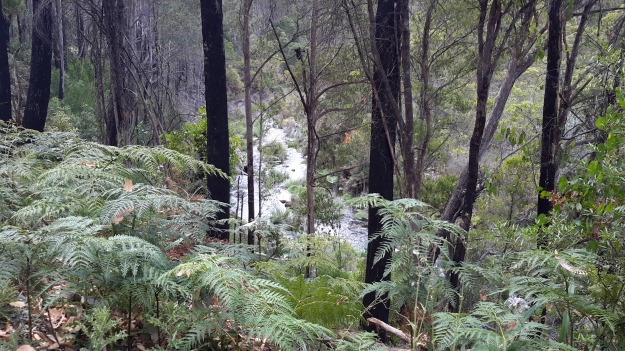 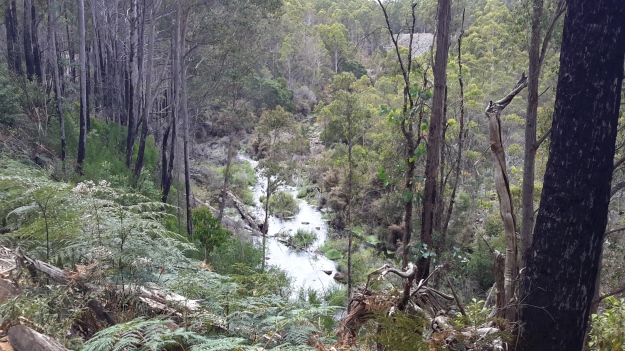 By the time I reached the spot where I took the preceding photograph, it was clear that another dam wall was raised at right angles to the one shown in front of the Lagoon earlier in this post.  I imagined that water was being released from the Lagoon at this wall to create the flow.

Further walking released more of that dam wall to view. 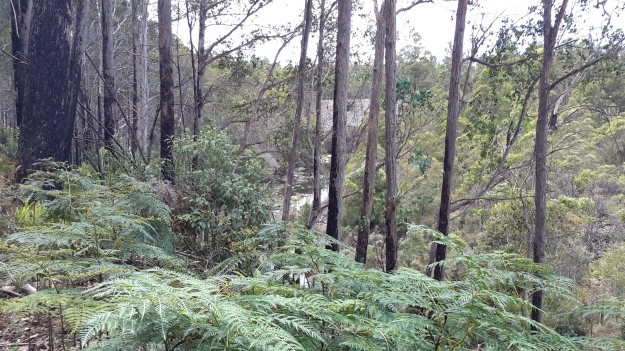 And down below, the Derwent River chuckled along.

5 thoughts on “The Derwent River flows over a rocky bed”